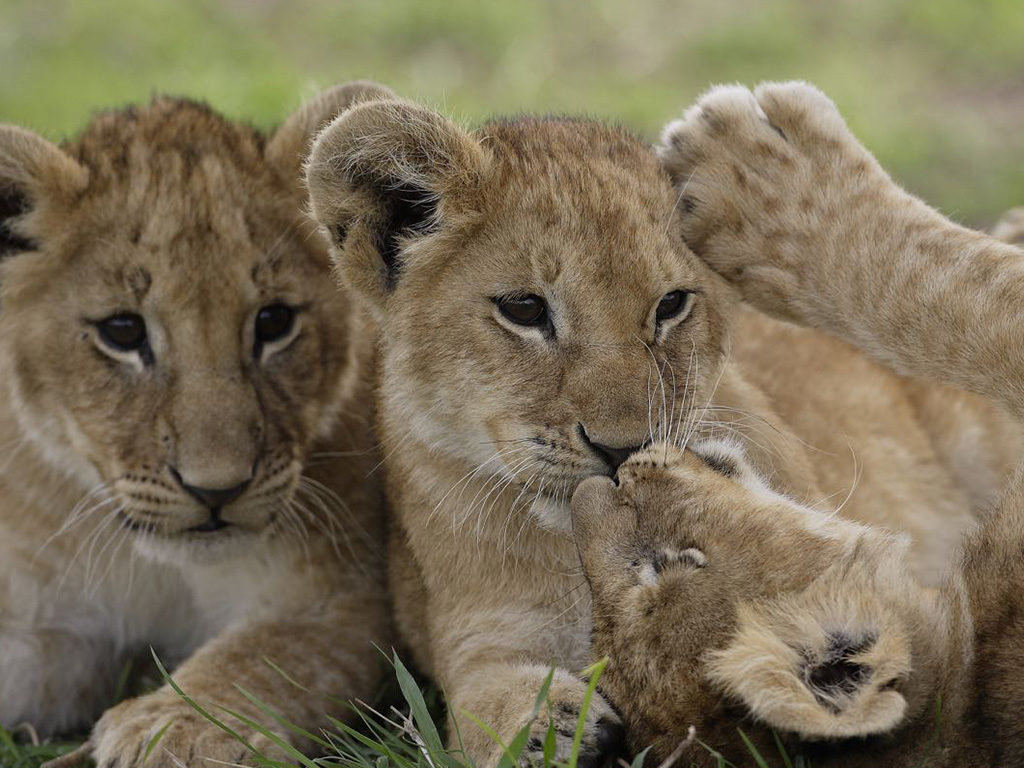 The three CEO candidates eyed each other across the boardroom table. Each a high-powered executive in their own right, they provided the collective leadership for this Fortune 100 company. One led the US subsidiary, the largest and most profitable operating unit. One headed up the massive manufacturing division, ensuring production and distribution of premier products at premier prices. The third, the corporate CEO, was charged with overall financial accountability for the global enterprise as well as the delicate relationship with Wall Street. Each harbored a competitive streak that evoked primal antagonism towards the others as they embarked on the race for the corner seat currently occupied by an aging CEO.On another continent, under the searing African sun, three lion cubs eyed each other in the shadow of a spreading thorn tree. Their parents dozed with heavy heads, having feasted overnight on a fresh buffalo carcass. The cubs were lethargic, their swollen bellies holding them close to the warm sub-Saharan sand. Their eyelids flickered, fighting post-prandial somnolence, alert to the possibility of an ambush from an impish sibling taking advantage of their momentary distraction.

In a flash, the older brother pounced. His little sister had nodded off, allowing him the element of surprise. With muted snarls, he went for her jugular. Sharp teeth bit into the superficial layers of her skin, and the needle pricks of extended claws dug into her soft back. He held on tight as she jumped up. Too heavy to lift, she rolled and arched her back, bringing her own sharp claws up into his tender belly, inflicting contained damage to his vulnerable underside. The two rolled in the dirt, snarling and squinting until they were separated by the firm swat of their mother’s paw, roused from her slumber by the noisy skirmish. Feigning major injury, they limped off in opposite directions, contemplating the battle and planning their revenge.

Sibling rivalry is an ancient tradition. It is nature’s way of preparing offspring for the more serious conflict of adult life. Physical competition trains young animals for mortal combat and predatory athleticism in later life. Success in these trivial but annoying games enables proficiency and strength in important skills required for success on the broader stage.

Multiple offspring in a family group may compete more seriously for resources such as food and parental attention, particularly if either is limited. Success in these encounters provides a selective advantage within the brood. Superior access to food and parental time nurtures winners, providing cumulative advantage that paves the way to adult dominance. The cost of subordination may be huge. It is common, for example, for eagle chicks to kill their weaker sibling. This siblicide, although unattractive to humans, is thought to selectively strengthen the genetic pool of the species, providing for long term success.

Interestingly, sibling rivalry is not always confined to post-natal life. Certain reptiles and sharks, for example, practice intra-uterine cannibalism. While still in the embryonic phase, the strongest forming sibling will consume the others. Lamnoid sharks (this family includes Great Whites) are equipped with precocious teeth that enable the dominant progeny to attack and devour their siblings as soon as their own yolk sacks are expended.

The big brother glared at his little sister, hoping that his gaze would oppress her resistance and resilience. He must win! Trapped in this visual encounter, he was unaware of the creeping shadow to his left. His twin brother advanced with his belly close to the ground and ears flat. As he reached the top of the mound, he leapt onto his unsuspecting sibling’s back, pinning him down with the weight of his body, and digging his razor-sharp teeth into the back of his neck. With the wind knocked out of his lungs, he had no chance of fighting back. The battle was won as soon as it had started. A stupid mistake, where ego had trumped vigilance. One day, the pride would look for leadership. These lessons were critical in preparing the future heir for his role.

The head of the US operation smiled. She had delivered exceptional results. Her presentation had been greeted by spontaneous applause from the Executive committee. The manufacturing lead would be up next. She knew he was sweating, and would have to explain why his production teams had not been able to keep pace with demand. The CFO shifted uneasily in his chair. He knew that he would have to boast about her success on the analyst call later in the day. She purred quietly, enjoying the moment. She knew that the other two would have to react fast to catch her in the race for the top job. The CEO grinned. Nature was a wise mentor.

All stories by: Roddy Carter
The Rhino and Her Oxpecker: Friend or Foe?
Eagle: Efficient Strategy and Big Hits